Hydraulic Cylinder Barrel is the main component of hydraulic cylinder, mine monomer prop, hydraulic support, gun barrel and other products. Its processing quality directly affects the life and reliability of the whole product. Cylinder barrel processing requirements are high, its internal surface roughness requirements are Ra 0.4-0.8 um, and strict requirements for coaxiality and wear resistance. The basic feature of cylinder barrel is deep hole processing, which has been puzzling the processors.
Because of the residual compressive stress in the surface layer, the rolling process is helpful to the closure of micro cracks on the surface and hinders the propagation of erosion. Thus, the corrosion resistance of the surface can be improved, and the generation or expansion of fatigue cracks can be delayed, so the fatigue strength of cylinder can be improved. By rolling forming, a cold working hardening layer is formed on the rolling surface, which reduces the elastic and plastic deformation of the contact surface of the grinding pair, thus improving the wear resistance of the inner wall of the cylinder and avoiding the burns caused by grinding. After rolling, the surface roughness decreases, which can improve the matching properties.
Cylinder is the most important component of construction machinery. The traditional processing method is: broaching cylinder block – precision boring cylinder block – grinding cylinder block. The rolling method is: broaching cylinder block – precision boring cylinder block – rolling cylinder block, the process is three parts, but the time comparison: grinding cylinder block 1 m in 1-2 days, rolling cylinder block 1 m in 10-30 minutes. Contrast input: grinding machine or quilting machine (tens of thousands – millions), rolling knife (tens of thousands – tens of thousands). After rolling, the surface roughness of the hole decreases from Ra3.2-6.3 um before rolling to Ra0.4-0.8 um, the surface hardness of the hole increases by about 30%, and the fatigue strength of the inner surface of the cylinder increases by 25%. If only considering the influence of cylinder, the service life of cylinder can be increased by 2-3 times, and the efficiency of boring and rolling process can be increased by about 3 times than that of grinding process. The above data show that the rolling process is efficient and can greatly improve the surface quality of cylinder.
After rolling, there is no sharp edge on the surface of the cylinder, and the sealing ring or seals will not be damaged by long time moving friction, which is particularly important in the hydraulic industry. 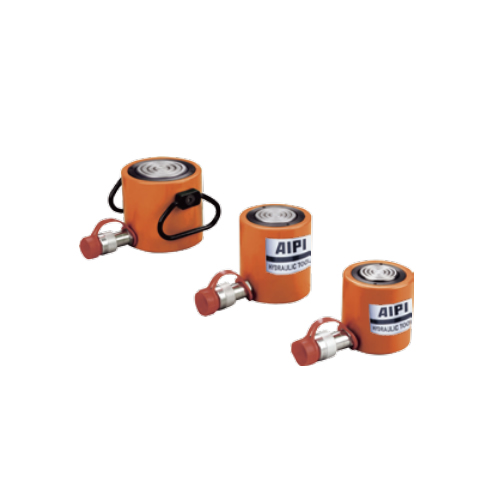 About the Author: AIPI TOOL